Anyone want to do an interview? 🙂

And this is a short video of her at the Oscars 2010. She was mentioning “truth” in movie making, too.

Director LYNNE LITTMAN received an ACADEMY AWARD for her documentary film, NUMBER OUR DAYS, based on the fieldwork of anthropologist, Barbara Myerhoff. Ten years later, her feature documentary, IN HER OWN TIME, chronicled Dr. Myerhoff’s final fieldwork and her death at age 49. IN HER OWN TIME premiered at Sundance.

Ms. Littman made her feature film directing debut with TESTAMENT, starring Jane Alexander, who was Oscar-nominated for Best Actress. Written by John Sacret Young. Originally produced for American Playhouse, TESTAMENT premiered at the Telluride Film Festival, screened at the Berlin Film Festival and was distributed theatrically by Paramount Pictures prior to its PBS broadcast.

Ms. Littman spent one year at ABC as Executive Producer of Movies for Television immediately following the birth of her son. 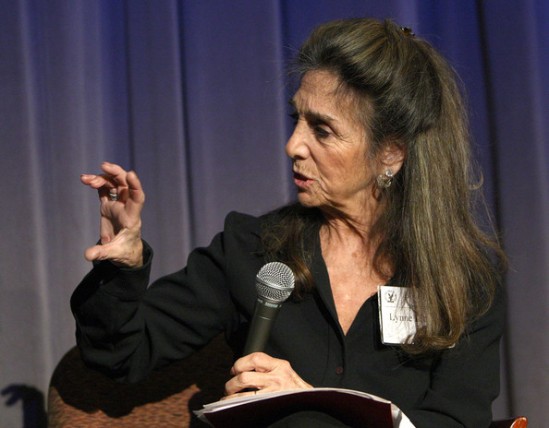 Ms. Littman Chairs the Director’s Guild of America Documentary Awards; serves on the Board of the International Documentary Association; on the steering committee of the Documentary Credits Coalition; member of the DGA, WGA, ASCAP, AMPAS, TV Academy.

Littman has written the screenplay and will direct THE SPIRIT CATCHES YOU, based on the non-fiction National Book Critics Circle Award winner, “The Spirit Catches You and You Fall Down” by Anne Fadiman.

Lynne Littman graduated from The High School of Music and Art, Sarah Lawrence College, and the Sorbonne. She has two sons.